My setup
If you read any of my other posts you will see I am master and commander of my own server and WordPress hosting. So I have control over all things. And yet when I wanted to upload a media file in WordPress whose size was greater than 2 MB I could not. I got this message: 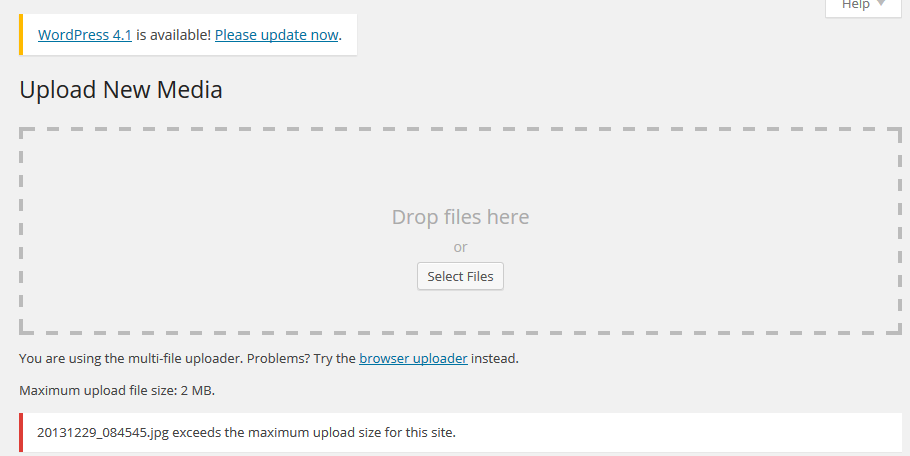 In which century did someone come up with that limit?!

So like everyone before me I dutifully read a bunch of posts and tried a few things, none of which worked.

What got me closer to the answer was the people who suggested the underlying problem is actually with PHP and to look at the output of phpinfo (from a simple test file I created with the contents <?php phpinfo() ?>):

The hint to getting around this was also in the output of phpinfo from its early-on output:

So I realized that I need to add my php.ini file in either the /etc dircetory or in /etc/php.d. I chose the latter and created a php.ini file with these contents:

and uploads greater than 2 MB began to work!

Conclusion
A native install of php has a default upload limit of 2 MB limit that probably dates from eons ago and no one has had the sense to raise it. So I’ve shown a way that was foreseen to override this setting – assuming you have sufficient access or influence over PHP’s configuration area. For me when I tried other approaches they did not work. The PHP limit in turn restricted WordPress media uploads, so fixing the one fixed the other.
To be continued…