Eclipse pics: just me and my cheese grater

Intro
I was at home during the great eclipse of August 2017. I didn’t buy the special viewing glasses. I remembered the general advice that anything with holes in it would show off the shape of the moon covering the sun by its shadow.

Initially I tried paper with three holes from a hole punch. Result were OK but not that impressive.

I was idly pulling disk=hes out of the dishwasher when I came across our cheese grater. Lots and lots of holes all over. This was the thing!

Everyone I’ve shown these two loved the novelty.

The setup
I’m standing just inside the garage – nice smooth surface for shadows – by the doorway. I find a way to simultaneously hold my phone and the cheese grater, and (mostly) get sufficiently out of the way that the cheese grater’s shadow is cast unobstructed onto the garage floor. It was a little tricky.

I’ll present the full picture and then the shadow of the cheese grater blown up at two different times – 2:27 PM and 2:41 PM EST.

And, yes, the holes in the grater are actualklky round and the normal shadow would be full of round circles of light where the sun passes through the grater’s holes!

It was a hot day. I could feel the air cool down during the eclipse! And cicadas started their shrill cry.

2:41 PM pics
Click on any of these pictures to see it blown up. 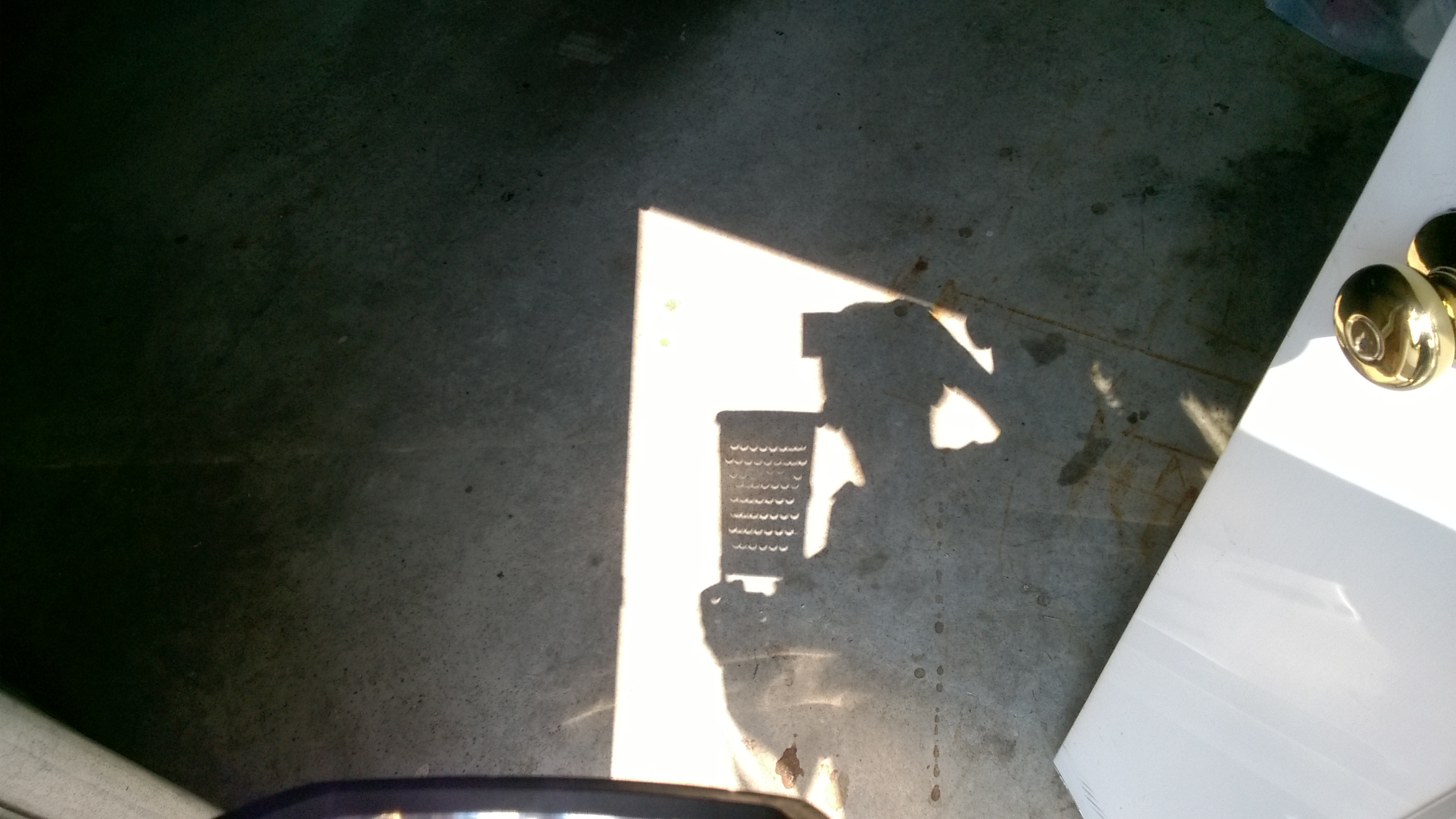 And focussing on the cheese grater’s shadow: 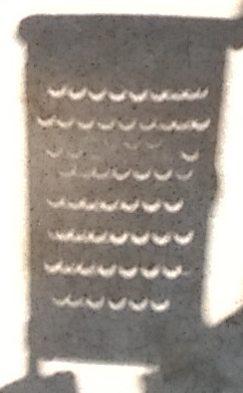 Cheese grater shadow during the eclipse

2:27 PM pics
This time is probably closer to the greatest coverage of the moon over the sun. 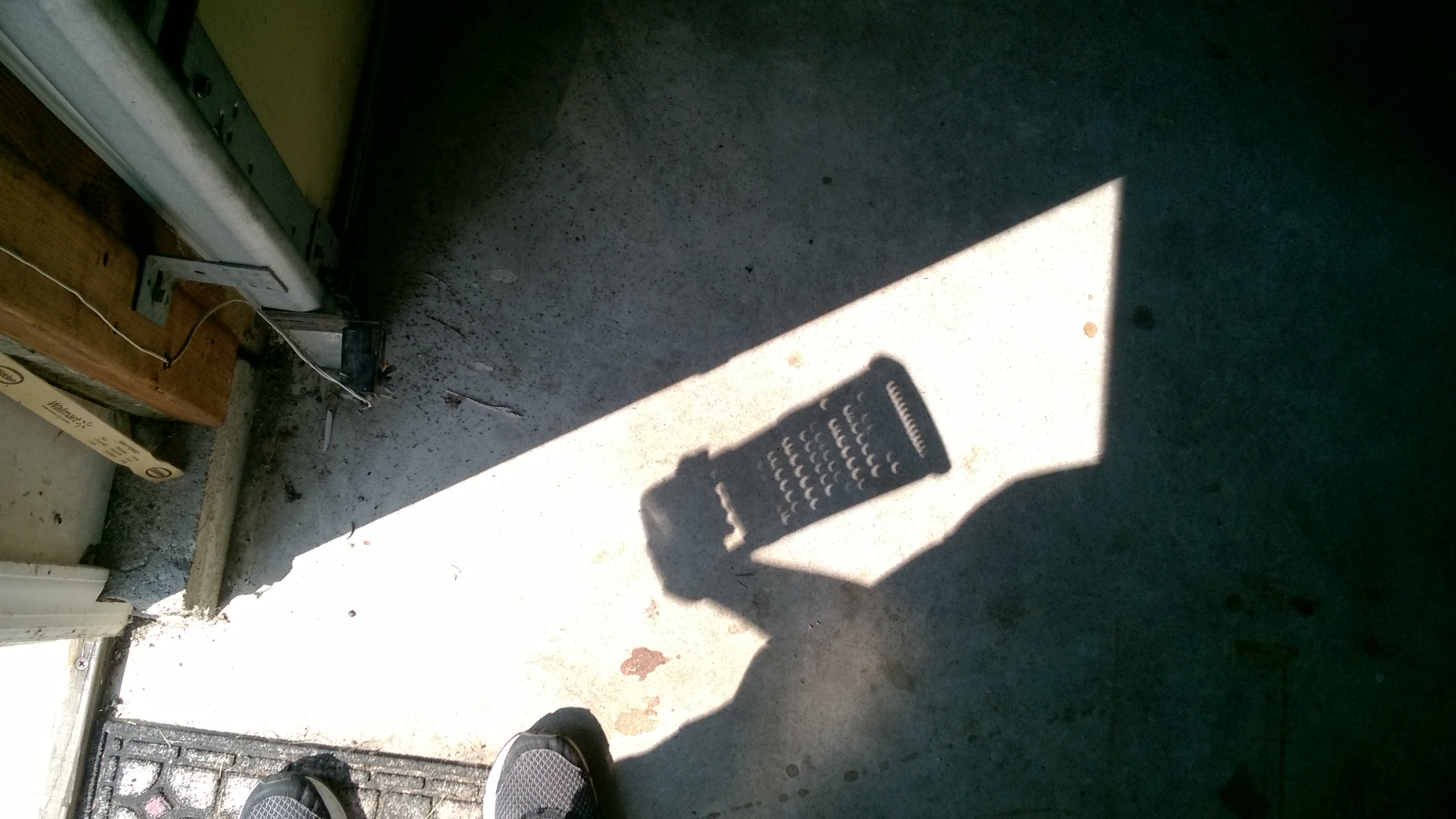 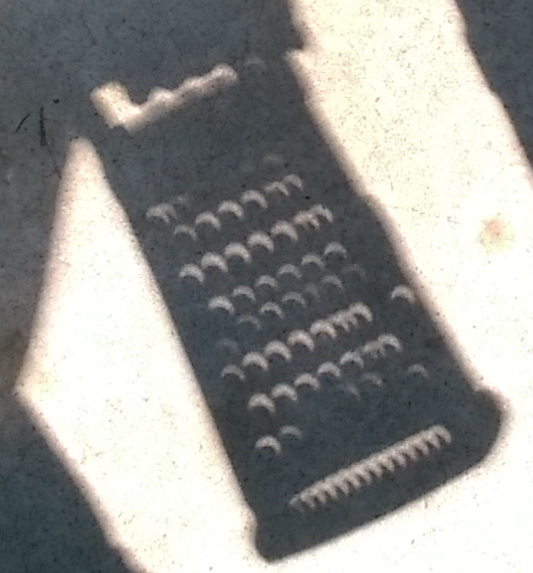 Conclusion
A common cheese grater gives us a good idea of what the sun looked like during the eclipse, and creates something marvelous at the same time.

This entry was posted in Popular Science. Bookmark the permalink.