3d printing a part for my deck

Intro
The end pieces of the pergola above my deck kept blowing off. I finally lost track of them and decided to 3D print a replacement to keep my skills fresh. I will use this as an opportunity to review my process for 3D printing.

The details
For people like me who don’t really know what they are doing, the kinds of objects you can 3D print is pathetically small. Yes, there are sites like thingiverse.com. But there are so many physical constraints if striking out on your own. If the extruder is pulling the filament horizontally it can only be unsupported for, I forget, 1 cm or so. That may be called a bridge. If you’re going from smaller to wider, the angle of increase cannot be greater than 45 degrees though I think 30 degrees is a safer bet. If you can want to violate either of those contraints you’ll have to include supports which you later saw away (yuck).

So those two constraints, combined, kill just about anything you’d ever want to print.

But, amazingly, my endplates could meet the criteria, if I made a slight compromise, so I went for it.

Openscad
I use openscad.org’s software to make a methematical model of the object, built up from primitive geometric shapes (cubes and cylinders, mainly). When i learned you could write a simple program to generate your figure, and see the results rendered, I was like, sign me up.

Here is my openscad code, with some extra unused stuff left over frmo a previous design. 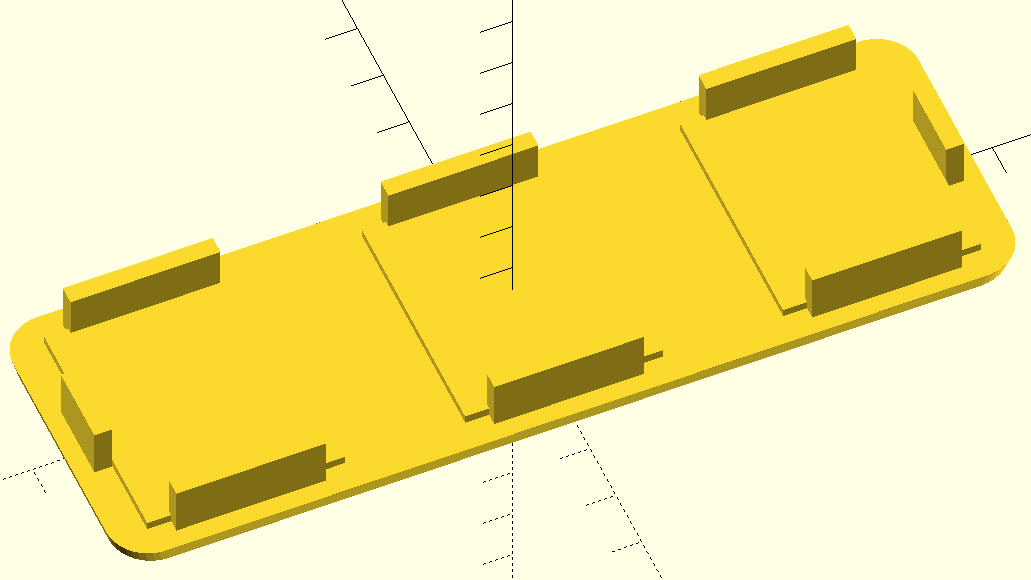 STL
You always make mistakes. The question is if you have the trouble-shooting skills to catch them before committing to printing… Anyway, when satisified, save as STL (stereolithography), which I guess is a universal description language.

Cura
Then you need a slicer! I think that translates your shape into movements that the 3D printer needs to make to lay down the filament, layer by layer. So import your STL file into Cura.

I think I set up Cura last year. I don’t want to mess with it. And don’t start playing with your model. It’ll do funny things to it. Just save as GCode. That’s it. Cura kindly estimates how long your print will take, and how much filament it will use up.

Anet a8 printer
It can be a royal pain to adjust the Z axis. Usually you have to adjust all four corners so that pulling a paper through gives just a little friction. The screws and assembly is so bad that you are constantly shifting between overcorrecting and undercorrecting. In this case I divided the problem in two because the plate was so narrow I just adjusted for the two sides, not all four corners, which is a nightmare. And I’m a little ahead of myself, but I have to say that this approach worked brilliantly.

Transfer the file to the microSD card. Print, and enjoy! More fun is printing something with a lot of holes. The printer makes the coolest electric sounds as it quickly shuttles back and forth and to and fro. This endplate is pretty boring by comparison and mostly consists of long stretches of material. 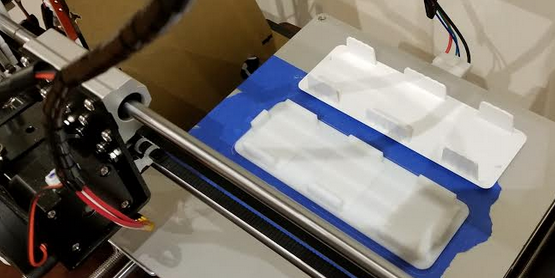 With its long flat section, the thing really adheres to the plate, unfortunately. I slightly nicked a corner prying it off with a screwdriver. But I think that beats the alternative of it not adhering to your plate. I’ve seen that once – and the printed thing just gets dragged around, which is fatal.

My piece came out a couple millimeters short in both dimensions. Still functional because of what it is, but still something I need to understand better.

Industrial design
I take it for granted that the PLA I’m printing is not as strong as the original plastic, so I should compensate by making edges thicker than needed. But I have to say the thing came out quite rigid and strong. This cheap 3D printer – if you treat it right – produces some high-quality output!

Conclusion
I found the missing piece after printing this piece out, as luck would have it. BUT, then i found another place, right against the side of the house, that was never covered, but could have been. So I slapped my printed part there – it worked great!

This was the anet a8 printer. I don’t think it’s sold any longer, or not the cheapo $139 version which I was lucky enough to get. In fact someone bought one on my recommendation, parts were missing, and he never could get the missing parts. https://www.amazon.com/gp/product/B01N5D2ZIB/ref=ppx_yo_dt_b_asin_title_o01_s00?ie=UTF8&th=1

This is a great tutorial for openscad and constructive solid geometry: http://www.tridimake.com/2014/09/how-to-use-openscad-tricks-and-tips-to.html

This entry was posted in Uncategorized and tagged 3D Printing, anet a8. Bookmark the permalink.